The Michigan Association of United Ways and the Community Economic Development Association of Michigan commissioned Anderson Economic Group to analyze the economic benefits to local economies of the Earned Income Tax Credit (EITC) in Michigan. This report uses new data to estimate the usage of the EITC among low-income households, and the net economic impact by county due to new spending from EITC refunds. 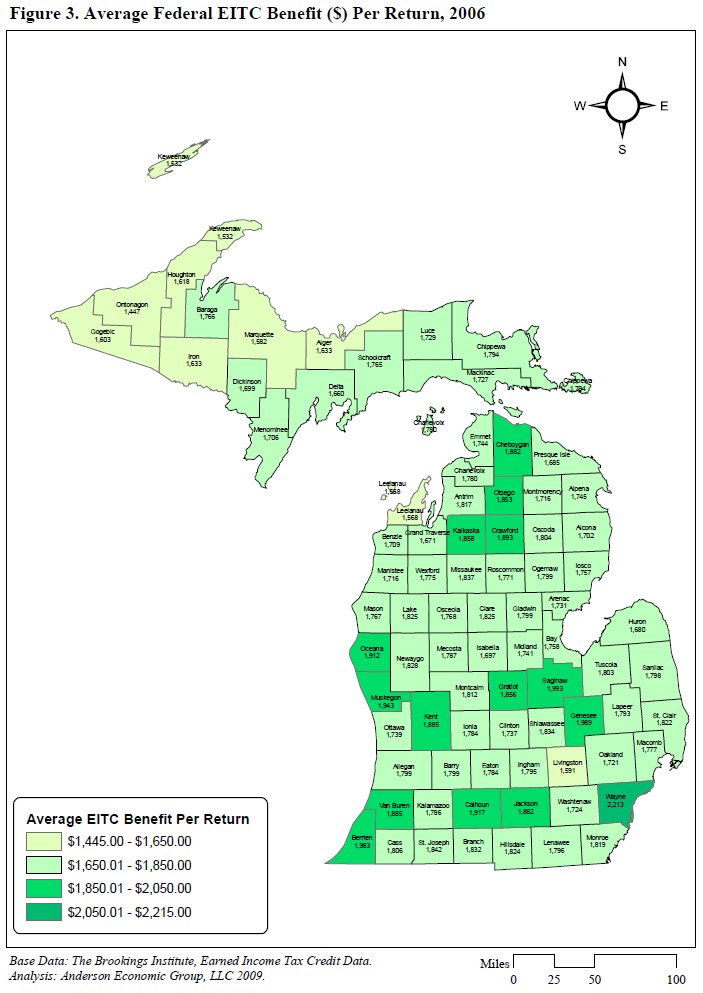